Toronto’s Lester B. Pearson International Airport (YYZ) is Canada’s biggest airport. In 2019, over 50,000,000 passengers on over 470,000 flights – over 1,200 flights a day! — took off from its tarmac, which takes a beating from not only heavy track but brutally cold winds off nearby Lake Ontario. In other words, an ideal environment for using StellarFlex FR®. 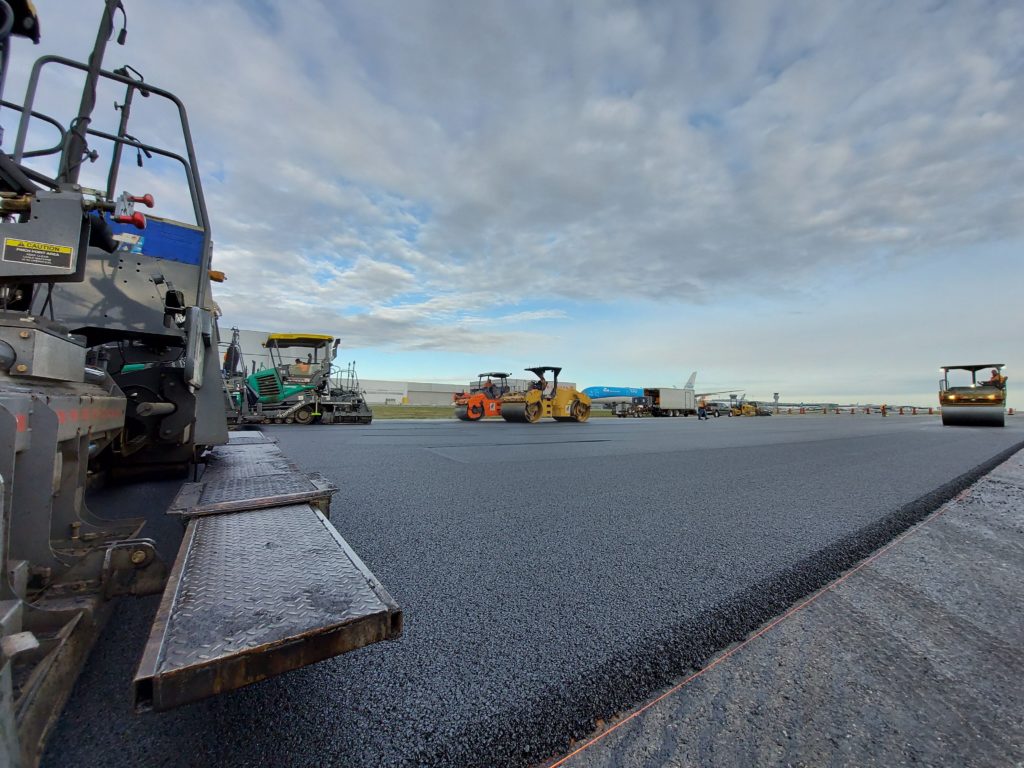 After three years of discussion with the Greater Toronto Airports Authority (GTAA), on October 13, 2020, Toronto-based McAsphalt Industries supplied 50 metric tons (55.14 US tons) to Fermar Paving Ltd. for a test strip of StellarFlex FR® on Taxiway B of the Pearson Airport.

Although not visibly different from other binders that the paving crew had worked with, workers agreed that the mat texture and appearance were found to be richer than compared with PG 70-28 mixes which were used previously. No bleeding or flushing was observed as the mixture cooled and “the test strip was concluded satisfactory by the GTAA representative,” McAsphalt Industries writes in a memo. 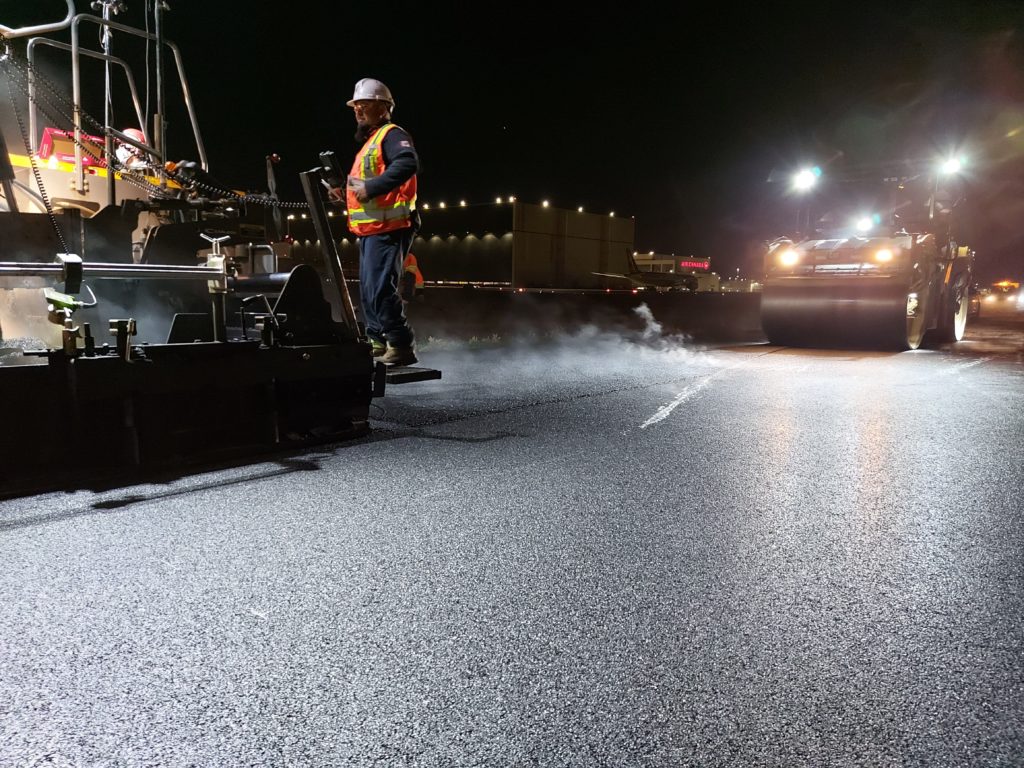 The following day, trucks brought in 450 additional metric tons (496.04 US tons) of P404 mix, produced by Toronto-based Fermar Paving Ltd., who produced the previous day’s trial mix. Four pavers laid down the remaining length of Taxiway B. Compaction was achieved with no issues as the density ranged from 97-99% of the maximum theoretical density despite cold temperatures.

We look forward to seeing the long-term results of the StellarFlex FR® mix as winter comes to an end and air traffic returns to pre-pandemic levels. Contact us to find out if this product is right for your next project.